What Good Is A Songwriter?

Recently I saw a post on Twitter from the songwriter Dan Wilson, asking the question; ‘what good is a songwriter today’? The post received 51 replies stating, amongst others, that a songwriter is a ‘truth teller’, a ‘flashback’ a ‘prophet’ or ‘bard’, someone who can put ‘feeling into words’ where others can’t. All wonderfully vivid. This post started a train of thought for me. In answering Dan’s question on Twitter I asked myself, can you separate the song and the songwriter, and if you do, what is the purpose of a songwriter? Especially in this day and age.

These questions regularly rear their heads at the songwriter committee meetings at The Ivors Academy, and it’s a question I explore in my PhD. As a songwriter and creator, it’s a vital question for all of us. “The mystery of human existence lies not in just staying alive, but in finding something to live for” (Fyodor Dostoyevsky, The Brothers Karamazov). So what as songwriters, do we live for?

In an age where songwriters are being squeezed by poor streaming rates, monopolies of tech giants, copyright laws and the demands of the ‘all or nothing’ intro (the dreaded ‘skip rate’) it can be difficult to find a place in this wonderfully weird world we call the music industry.

Humans are naturally creative beings. In this respect the need to create and consume will never leave us. But it will change. Adapting to that change is the hardest part for writers like you and I. It’s no wonder songwriters are questioning their purpose. 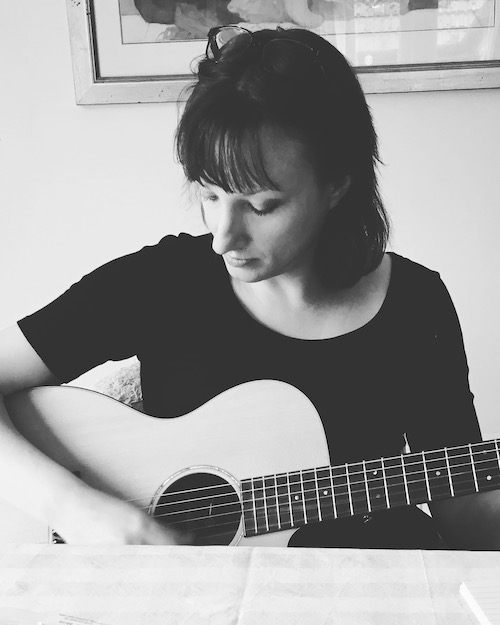 When we think of songwriters, what do we imagine? The introverted artist, sat in their bedroom, strumming a guitar (or playing a keyboard), wistfully gazing out of the window for inspiration? How wonderfully romantic. In the real world, we know it’s not really like this anymore. As a professional writer myself (and I use that term not because I believe I’m better, but purely in the sense that people pay me) my day starts at 9am, after dropping my kids off at school. I sit starting at an iMac screen, ploughing away in Logic looking for a window of inspiration to fulfil a brief, a co-write, or perfect a track for a pitch. In short, most days it’s a slog. But I wouldn’t have it any other way. Why? Because I believe in the concept of song.

We all carry a song with us. From our first kiss, to a summer day in 1995. Births, deaths and marriages are all accompanied by song. They pervade our lives. In cars, in hospitals, and on trains. Earworms that somehow wriggle their way ‘under the skin’. Some, like a new relationship, take time to get to know. Some are instant, and some become ‘throw-away’, like that pair of trousers you bought from Primark. They’re only built to last briefly  (though even some of those stick).

For me, a song is the greatest expression of human identity. It’s everything opera strives to achieve in three and a half minutes. It’s a novel, a feature film, only more concise and beautifully packaged. This is why, while attention spans erode in our ‘swipe left’ culture, a song will always prevail.

That’s the song. Where is the songwriter’s place in all of this? We come from a long line of orally transferred stories. From the ‘songs’ of Sappho to the Medieval bards travelling the country, onto the modern day troubadours making their through crowdfunding to creating beats in their bedrooms.  Even in this fast paced, technologically charged environment we live in, stories retain their power, and stories are at the heart of song. As songwriters we are the vessels for those stories. The light that permeates the glass, mirrors of society and emotion, we illuminate the picture and translate feelings and thoughts into living, breathing entities.

Wordsmiths, power plays, interpreters for the modern age. Each generation has their ‘oracle’. Someone who can reach the teenager struggling to find their place in the world, to the refugee trying to process the atrocities they’ve experienced in a war-torn world thousands of miles away. Songs gives us a safe space. We tell some of our darkest secrets to the world, and they become a lighthouse for others to be able to understand and process their world.

You only need to look at the likes of Paul Simon (‘Wristband’), Joni Mitchell (‘A Case Of You’) to modern day songwriters such as Ed Sheehan (‘Castle On The Hill’). While the threads of their stories are similar in some respects, it’s their interpretation and their vision that brings that story to life. From the choice of of key, to the colouration of chords (Fadd9 instead of F? Colour, timbre!), where the melody rises and falls, and their words.

Can you separate the song from the songwriter? Yes of course you can, but there will always be an aspect of the songwriter’s identity in that song. A ‘DNA’ calling card, whether that’s in the particular way the lyrics are crafted, how the melody moves or the way the way the song is structured. The creator will always leave their mark.

Each writer brings their upbringing, their culture, their influences, their wordplay, their voice and their vision to a song. So take heart, fellow writers. Whether it’s one person who listens to your song on repeat or fifteen thousand, know that no-one else sees the world the way you do. Your voice will relate to someone in a way that no-one else’s will. You are unique.

Craft, vision, interpretation and dedication. All in honour of that three-and-a-half minute feature film. That’s our purpose. While the consumer may demand more, the competition may increase, and the money seems to lessen, in all of this, remember: you are unique, and so is your version of the story. Hold on to that as you stare out of your window. 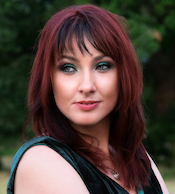 Anna Neale is a multi-talented singer/songwriter, composer, session vocalist, voice over artist and lecturer in music. Anna has toured the world, released three albums and an EP independently to critical acclaim, written songs for other artists, radio and TV advertising, and provided vocals for many TV animations, songs and adverts. Her latest album Wide Sky recently received a 5 star review in national music magazine RnR. (Rock n Reel). Much of her current commercial work has been commissioned by Global Media (Capital, Radio X, Heart, and Classic FM).

Anna is an elected member of The Ivors Academy Songwriter Committee and is a mentor for the SheGrows mentoring scheme in partnerships with the Musicians Union and SheSaidSo. As well as her composing and performing credits, Anna is an Associate lecturer at the University of Kent and has guest lectured at the University of Cambridge, The British Museum, LIPA (Liverpool), BIMM (Brighton, Manchester & London), Canterbury Christ Church University, the Guildhall School Of Music & Drama, and the University of Hertfordshire. She is also a member of the Oxford Brookes University’s music industry board. Find out more at annaneale.net