In April 2021, and while preparing to deal with the painful imminent loss of a terminally diagnosed loved one, I was writing a musicology essay on Warren Zevon’s 12th studio album, ‘The Wind’.  The infamous Chicago-born songwriter enjoyed a long career, spanning from the late 1960’s until his death in September 2003. A year prior, he was diagnosed with a terminal form of lung cancer and decided to pledge his remaining time in the writing and recording of his final album. The making of a swan song is a mysterious endeavor, a subject to which ‘others’ have very limited access. We usually learn about it after the artist’s passing and thus it’s impossible to understand the creative intentions and the creator’s motivation behind its making. Every conclusion is speculative. Zevon, a life-long provocateur, surprised audiences by sharing the news of his diagnosis on national TV and shooting an hour-long documentary following the recording process of the album. Doing so, he indulged fans and scholars, granting us unprecedented access to one’s final creative journey.

Somewhere between noticing the knowledge opportunity and the similarity of my personal situation, I became deeply invested in studying Zevon’s last surge of inspiration and potentially adding a small piece towards understanding this death provoked creative impetus. During my research, I came across two particularly interesting approaches to ‘The Wind’, one by hospice chaplain and scholar Philip Browning Helsel (2006), and another by music critic and author Steven Hyden (2018). In his article ‘Warren Zevon’s The Wind and Ecclesiastes: Searching for Meaning at the Threshold of Death’ (2006) Browning Helsel approaches the album as a work of life review, in which the songwriter is contemplating on his ‘dirty life and times’¹, self-critiquing, making amends and coming face to face with the inevitable, all to eventually give meaning to his existence. Hyden on the other hand explains how ‘The Wind’, ultimately reversed the narrative of the hubris-loving, occasionally abusive alcoholic ‘outlaw’, casually joking about Lynyrd Skynyrd’s deadly plane crush in his grotesque lyrics. Instead, in death, the songwriter was remembered as ‘a tough guy with a heart of gold, who kicked death right in the balls’ (Hyden, 2018). 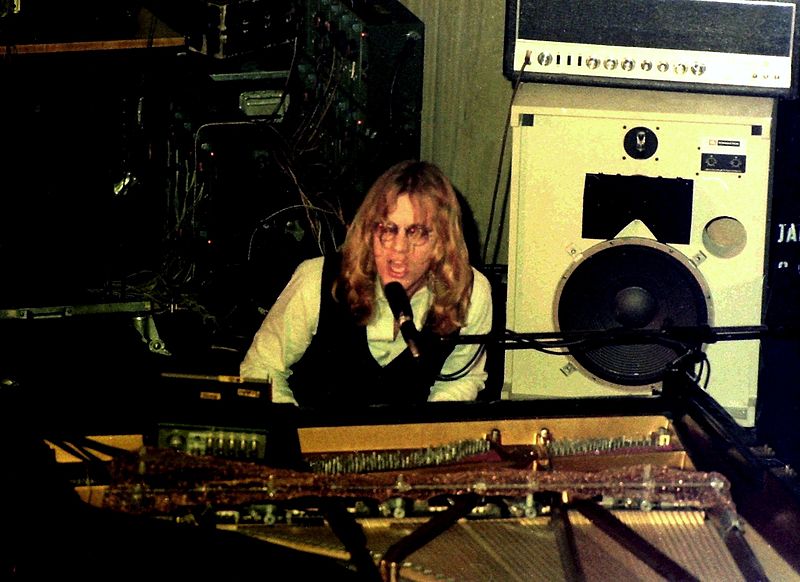 During my initial literary review groundwork towards a practice as research PhD about the use of songwriting in music therapy, I noticed a potential link between these approaches of ‘The Wind’ and a therapeutic songwriting model, referred to as ‘narrative songwriting’ (Baker, 2015).  In her book Therapeutic Songwriting (2015), Professor Felicity Baker explains that when people experience ‘unexpected life events such as psychological or emotional abuse, or diagnosis of a life-threatening illness, people’s narratives in the continuum of past, present, and future are thrown into chaos’ (Pennebaker et al., 1997, Baker, 2015) which leads to a need of re-authoring and reconstructing their stories (Neimeyer, 2000, Baker, 2015).  Browning Helsel ’s and Hyden’s takes on the album, are both connected to reconstructing a narrative, as a tool to assign meaning or into a post-mortem legacy, respectively. Although both articles are very helpful in understanding this possible need to reconstruct one’s narrative and especially useful in linking ‘The Wind’ to my current research, at the time I was looking to take advantage of the unique opportunity; to hear what Zevon had to say regarding his will to pledge his time to the making of his final album. Among very quotable, seemingly opportunistic statements to his closest people, about using his condition to promote the record, (Zevon, 2007), and sincere tête-à-têtes, expressing his gratitude for the opportunity to ‘say goodbye to a few people’, it was a statement regarding his writing in relation to his ‘anxieties’ that inspired the 2nd chapter of my essay: ‘Art-making as a distraction from existential anxiety’.

-‘Does it keep the anxieties at bay?’

– ‘I’d have to be a fool if I wasn’t concerned [laughs]. But it certainly helps more than anything else. More than anything they could prescribe, it helps… It’s very distracting’ (VH1 [Inside] Out – Warren Zevon: Keep Me in Your Heart, 2003)

In this chapter of my essay I managed to connect Zevon’s perception of writing and recording ‘The Wind’ as a helpful distraction, to a series of literary characters, who found themselves experiencing the same distraction because of their sincere investment in their creative work.

Art-making as a distraction from existential anxiety

The theme of this ‘distracting’ power of art-making is reoccurring, especially within literary works of art. In 1921, Egyptiot Greek poet Constantine P. Cavafy, writes Melancholy of Jason Cleander, Poet in Kommagini, A.D. 595, a short metapoem², in which fictional poet Jason Cleander, is summoning his art to help him deal with his existential anxiety (Cavafy, 1921). He refers to the ageing of the body as a ‘wound from a merciless knife’. The ‘knife’, which could be interpreted as a metaphor for time, is merciless because the ‘wound’, growing old and eventually dying, is irreversible. To help him overcome this existential ‘pain’, Jason Cleander turns to the ‘Art of Poetry’: ‘I turn to you, Art of Poetry…’. (Cavafy, 1921) The logical question would be how could the ‘Art of Poetry’ assist the poet with his fear of growing old and eventually dying? In the following line he justifies his plea: ‘because you have a kind of knowledge about drugs: attempts to numb the pain in Imagination and Language’ (Cavafy, 1921). Drugs serve the purpose of either treating an illness or a wound, or offer relief from symptoms, like pain. Cleander clarifies that his situation is not curable by these ‘drugs’ he finds in ‘Imagination and Language’ and they are simple ‘attempts to numb the pain’ (Cavafy, 1921). The use of the word ‘numb’ is of particular interest, because of its time related nature. Numbing effects of all sorts are temporary and fade in the short-term. The poet specifies this short-term nature of his relief in the following stanza, which starts by repeating the phrase ‘It is a wound from a merciless knife’, adding emphasis to the irreversible nature of his pain. He proceeds with a desperate plea: ‘Bring your drugs Art of Poetry – they numb the wound at least for a little while’ (Cavafy, 1921).

Considering Zevon’s response to his interviewer, in which he explains that although the process of writing and recording the album does not cure his anxieties, it helps ‘more than anything they could prescribe’ (VH1 [Inside] Out – Warren Zevon: Keep Me in Your Heart, 2003), there is a striking similarity in the way Cavafy’s fictional poet and the songwriter experience the creative process as a numbing drug against the fear of death. Zevon continues by naming it ‘a great distraction’ (VH1 [Inside] Out – Warren Zevon: Keep Me in Your Heart, 2003). Supporting this analogy, long-time collaborator, closest friend and co- writer of The Wind, Jorge Calderon, recalls that, to Zevon, recording the album ‘was like a drug – the creativity, the people that were coming to play, the beauty of the music’ (Zevon, 2007). 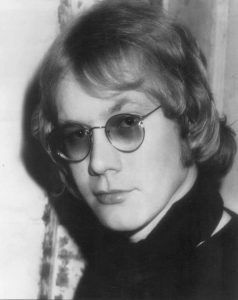 In the 5th volume of Marcel Proust’s emblematic work, In Search of Lost Time (1923), the excitement of creative writing comes to distract the author Bergotte minutes before his demise. The passage begins describing how a mild heart attack had led to Bergotte’s being ordered to rest, but the writer wouldn’t comply. His reason to defy the doctor’s orders was an art review he read on the paper, describing Vermeer’s painting, The View of Delft, ‘a picture which he adored and imagined that he knew by heart’ (Proust, 1923). The art critic was describing a ‘little patch of yellow wall’, that Bergotte could not remember, so well painted that ‘by itself looked like some priceless specimen of Chinese art…’(Proust, 1923). The writer hurried to the gallery, ignoring an immediate attack of dizziness, where he noticed the ‘little patch of yellow wall’ for the first time, and immediately thought of his own art: ‘That’s how I ought to have written’ (Proust, 1923). The writer proceeds by contemplating on how his last books had been ‘too dry’, and how he should have made his language precious in itself like Vermeer’s painting, while rushing back in order to make corrections on his texts (Proust, 1923). Exiting the gallery, and while repeating the phrase ‘little patch of yellow wall’, ‘he suddenly ceased to think that his life was in jeopardy’ and was struck down by a second heart attack which cost him his life (Proust, 1923). Considering the reoccurring theme, we could perhaps support that Proust’s Bergotte experienced the numbing effects, which Cavafy’s Cleander was pleading for; the numbing effects that made him forget ‘that his life was in jeopardy’.

Long-time collaborator Jackson Browne suggested that, for Zevon, the process of recording The Wind, was ‘analogous to disincorporating’, a concept from the 1961 Robert Heinlein’s science fiction novel Stranger in a Strange Land (Plasketes, 2016: 183). The concept is introduced when an artist dies in the middle of a project on planet Mars (where the soul survives natural death), and being entirely invested in his work, does not realize his own passing, (Heinlein, 1961; Plasketes, 2016: 183).

In the extract above, although able to establish this connection, thanks to the songwriter’s statement, I didn’t go as far as to attempt explaining why or how creative writing and generally art-making offer artists relief through distraction. It was again during my recent research that, when attempting to find common ground between ‘therapeutic’ and ‘professional’ songwriting, I came across a potential answer to this question in Mihaly Csikszentmihalyi’s ‘flow experience’ concept. According to professor Baker (2015), during this state of optimal experience, people become totally involved in something enjoyable and lose self-consciousness, experiencing a sense of control and an altered sense of time. She concludes that from a therapeutic songwriting perspective, flow experiences are linked to wellbeing and activities which arouse them, are highly valued, while professor Andy West connects them to an optimal writing environment for the professional songwriter (West, 2016). When Warren Zevon refers to the creative process as more helpful than anything they could prescribe, I believe he is referring to the beneficial effects of Csikszentmihalyi’s flow experience.

Revisiting this musicology essay, after a therapeutic songwriting and practice as research literary review, enabled me to make new connections between Zevon’s final work and pre-existing therapeutic concepts. My hope is that as my future PhD research progresses, I will be able to continue mapping and understanding different facets of the mysterious environment of the swan song’s creation.

¹ Reference to the title of the album’s opening song, ‘Dirty Life And Times’

² Metapoetry refers to poetry that deals with the subject of poetry (Wiktionary, the free dictionary, 2021). Melancholy of Jason Cleander, Poet in Kommagini, A.D. 595, is considered a meta or self- referential poem, as the poetic subject, Jason Cleander, is referring to his creative medium. Under the same criteria, Proust’s passage about Bergotte’s death falls in the category of meta-literature. 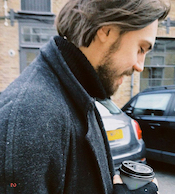 Adrianos Pandis is a London based Athenian songwriter. He studied Art Theory and History in the Athens School of Fine Arts and Songwriting in the Institute of Contemporary Music Performance. He has been writing and performing for several projects since 2012, with many of his songs enjoying airplay through H.B.C. and B.B.C.

From 2021, Adrianos has been writing music for film, with the soundtrack of award winning mini-documentary, ‘Zambeta’ being the most notable, while recording and releasing music for his personal artist project. His current research interest focuses on the use of songwriting in music therapy.