As a British pop music fan, I felt ashamed hearing James Newman’s “Embers” as the British entry for the Eurovision Song Contest 2021. What a disappointing song and night for the UK. Everything that could go wrong with a song went wrong. So I wonder, how could this happen?

Where are the times of Lennon & McCartney, Ray Davies, Elton John, Andrew Lloyd Webber, Tony Hatch, Elvis Costello, 10CC, Supertramp, and Stock, Aitken and Waterman? Have the British forgotten all those great Eurovision entries such as “Congratulations” (1968) by Cliff Richard, “Boom Bang-a-Bang” (1969) by Lulu, “Beg Steal or Borrow” (1972) by the New Seekers, Safe Your Kisses for Me (1976) by the Brotherhood of Man, and of course “Love Shine a Light” (1997) by Katrina & the Waves?

In the past decennia, the UK used to have such an excellent reputation for writing a continuous stream of catchy popular songs. I can’t imagine that with Brexit the musical well has run dry. So you may be comforted with a little help from a Dutch friend. Although I realize it’s not polite to stick my nose into another country’s affairs, I would like to provide some tips and tricks to avoid a similar failure next year.

So, here are the twelve tips for writing a Eurovision Song Contest tune:

Disclaimer. These twelve points do not guarantee instant success and there are many more musical tricks. Be original. If you still want to steal an existing melody or chord progression, do it cleverly so that in the end you come up with a brand new song. However, it is always good to be inspired by existing successes. Besides, there will always be influences from the outside such as strange performances, weird arrangements, anti-songs, viruses, the predictions of the bookmakers, and the betting odds that determine the score. Otherwise, Italy could have never won the Eurovision Song Contest this year. As a Led Zeppelin fan and an electric guitar player, I’m not afraid of some noise. However, you can hardly consider Italy’s “Zitte e Buoni” as a decent song. Has no one noticed the similarities with Jack White’s “Seven Nation Army” guitar riff which is often sung during football games?

I wish the UK strength and wisdom with this loss and I hope to be able to celebrate the Eurovision Song Contest 2023 in London. And if you can’t work it out, I would be delighted to give a workshop about the Eurovision song. 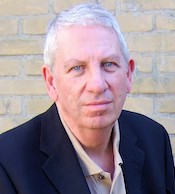 Niels Falch is a research fellow in songwriting and popular music at the Arts, Culture and Media department part of the University of Groningen in the Netherlands. In his youth, Niels played guitar and keyboards in symphonic rock and jazz-rock bands. After studying at the conservatories in Amsterdam and Enschede, Falch then worked as a sound engineer, music producer, music compiler, songwriter, and music teacher.