My name is Dr Jo Collinson Scott (writing/performing under the name Jo Mango) and I research and teach at the University of the West of Scotland, including on our MA Music: Songwriting degree. I am excited to be building up a body of work and expertise in songwriting-as-research in areas of societal importance (including criminal justice, mental health and environmental sustainability) and wanted to introduce myself to the network via some of my work.

I am currently working on a 3-year major ESRC/AHRC funded project called ‘Distant Voices: Coming Home’, which is a cross-disciplinary collaborative action research project where I lead the practice-led research strand. We work in songwriting across the criminal justice system in Scotland to explore coming home after punishment and desistance from crime. We’ve been working with some of Scotland’s best songwriters (including Mercury Music Prize nominated C Duncan, BBC Radio 2 Folk Musician of the year Kris Drever) in collaboration with criminal justice social workers, prison officers, people in prison, others serving community orders, criminologists, families of those convicted of a crime etc. to write songs exploring themes around desistance. We then try and understand what writing songs together does (is it a form of (re)integration?), what the songs mean, what they do, and how they can help facilitate further public dialogue or deliberation on the subject. Our first album launch is explored in this short video (with more recordings, performances and public events planned throughout 2019 and 2020):

I was recently Co-Investigator on the AHRC funded ‘Fields of Green’ project investigating what music festival communities (audiences, organisers and artists) can do to encourage environmentally sustainable behaviour. As part of the wider project I worked with singer-songwriters (RM Hubbert, Pictish Trail, Rachel Sermanni, Louis Abbott) to explore their relationship to environmental sustainability in their performing work. We did this by writing songs together that explore, expose and make audible the many tensions related to sustainability involved in being a travelling songwriter. Each artist was also tracked and mapped as they travelled across a festival season in order to calculate their carbon footprint, and this formed the basis of discussion between performers at a festival premiere of the collection of songs. The tracking also generated geometric patterns that inspired the artwork for the recorded release (titled ‘Wrack Lines’). We hope public engagement with the issue was further invited by radio play of the tracks, including multiple outings on BBC Radio 6 Music. Wrack Lines can be heard here:

Finally, I have most recently completed an EP of songs (produced by Adem Ilhan) which was released alongside the academic text Pervasive Punishment: Making Sense of Mass Supervision by Fergus McNeill (Emerald Publishing). This is a criminological book exploring mass supervision – a largely invisible counterpart to mass incarceration. The aim of the music that accompanies it is to make audible something that has been largely inaudible in our culture, despite its massive proliferation in the UK and in the USA – what it is, what it means, what it feels like, to be supervised or to supervise others as a form of justice. You can watch this short video about the launch of this work and its impact: 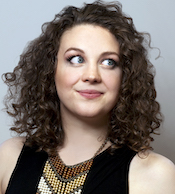 Dr Jo Collinson Scott is a lecturer in Commercial Music at the University of the West of Scotland where her research interests include practice-led research and songwriting/music pedagogy. She teaches on the MA Music: Songwriting and Commercial Music degrees. She is currently Co-Investigator on the ESRC/AHRC funded project ‘Distant Voices: Coming Home’. Under the stage-name Jo Mango she has performed internationally in venues such as the Carnegie Hall, collaborating with artists including David Byrne and Vashti Bunyan (in whose band she regularly appears) and writing songs released by artists such as Teenage Fanclub.

Connect with Jo via: