Expanding the space of possibilities in songwriting through foresight

In the autumn of 2013 I read a column written by Finnish fashion editor Liisa Jokinen, in which she wondered how some of the most unfashionable pieces of clothing could suddenly become fashionable. She had noticed that the “coolest” people in Japan were suddenly wearing Crocs, the plastic shoes that just recently were the un-coolest footwear possible. Non-fashion had become fashion. The majority of consumers probably still considered Crocs un-cool but Jokinen, observing fashion phenomena as part of her job, was able to recognise forerunners, “the coolest people” walking on the streets. She had identified a weak signal in clothing fashion, which was to become a larger fashion trend.

A few years earlier I had spent a year studying songwriting in an adult education college. When we presented our songs to the teachers they frequently asked which radio channel would play it. The aim was to teach us to create songs that could become commercially successful and reach airplay, yet the teachers never asked us what was trending then, or what might be trending in the near future. Nor did they teach us how to monitor such emerging music trends.

This fashion column made me wonder whether professional songwriters in the field of pop music paid attention to similar factors. When 80s clothing is back in fashion, 80s influences are also evident in contemporary pop music. If clothing fashion can be forecast, could not musical phenomena be as well? Change is as constant in pop music as in clothing, the audience’s taste is somewhat enigmatic, and it may take a long time for songwriters to get their songs released. Is it not, in fact, necessary for songwriters creating songs for large audiences to direct their ears towards the future, to observe emerging trends and to anticipate what will be fashionable tomorrow? Or even better, to create the next fashionable phenomena themselves?

I ended up spending the next years around these questions, studying futures studies, fashion studies and creativity studies in addition to popular music studies, and in June 2021 I succesfully defended my doctoral thesis Foresightfulness in the creation of pop music. Songwriters’ insights, attitudes and actions at the University of Helsinki. Eight Finnish professional songwriters had given me lengthy interviews on this topic, and I had had the opportunity to observe co-writing sessions at international songwriting camps, organised by music export organisation Music Finland. The  purpose of these camps is to form co-writing teams of Finnish and foreign songwriters, as part of the organisation’s song-export strategy. Among the songwriters observed was for example Andrew Jackson, who has written/co-written songs for several world-famous artists.

My research brought to light the implicit and explicit foresight songwriters practice in relation to future music phenomena. To my surprise, there was a huge variation in the ways professional songwriters take stands towards following, anticipating or influencing music trends. For this reason I also decided to identify and analyse the conceptions, values and beliefs which are related to, or influence their foresightfulness. Such are the songwriters’ thoughts about the dynamics of change in music, audience expectations, their individual abilities, as well as the importance of being a pioneer or maintaining autonomy and honesty in songwriting. The songwriters struggled with foresight, not least because of the new modes of consumption and fragmentism in musical trends. Some of them felt as if they were losing honesty in their creative process in attempting to follow trends, whereas for others, following and anticipating trends inspired them in their work.

So what could the music industry and songwriters learn about my results? First of all, by examining foresightfulness as a dimension of creativity, I hope to have dismantled the stigma and mysticism associated with foresight: foresightfulness and creativity could be considered complementary rather than opposites. The songwriters usually execute their work in a rather small space of possibilities (their understanding of what a pop song is and how it should sound today), but by directing their ears slightly towards the future, they may expand this space of possibilities and create something just enough different and novel to bring them success, instead of staying safely ”inside the box”.

Second, in order to have an active attitude towards the future, one must believe to have the power to influence the course of events. In Finland, one of my results provoked some discussion in the media and the music industry: many songwriters do not believe they possess the agency to introduce songs that could become an international phenomenon, or they think creating something ”too different” is risky for them. This, of course, is a complex issue, and it relates to other agents in the music business: the audience, the record-company representatives and other gatekeepers. Should the structures support musical innovation better? Will the assumption that the audience always wishes to hear something similar to already existing pop songs lead to stability and boredom in music?

Link to the thesis: 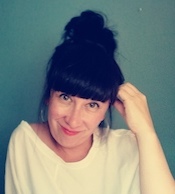 Riikka Hiltunen is Helsinki-based musicologist and freelance journalist, who has also worked as Research Manager, publicist and events producer in several organisations in the sector of music in Finland.

The songs she has written herself remain so far in her drawer.